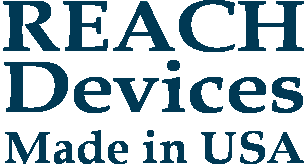 Ion exchange protein purification is possible because most proteins bear nonzero net electrostatic charges at all pHs except at pH=pI (isoelectric point). At a pH >pI of a given protein, that protein becomes negatively charged (an anion), at the pH<pI of that same protein, it becomes positively charged (a cation).

Ion exchange chromatography can provide high-resolution separation for proteins with the same sign but various total net charge. Due to the high capacity of most ion-exchangers, the technique can also be used for capture of a mixture of same-sign charged proteins from large-volume diluted samples, the proteins are then eluted in considerably decreased sample volume.

What is happening during an ion exchange chromatographic purification

Application. During the application of the protein mixture onto the stationary phase, proteins adsorb from the solution to oppositely charged ion-exchanger media by displacing buffer ions that originally balanced charges on the functional groups. The adsorption is reversible and occurs in continuous competition for the binding sites between same-sign charged proteins and the buffer ions. In low ionic strength buffers, the concentration of competing buffer ions is low, and proteins spend most of their time adsorbed to binding sites on the stationary phase. However, even strongly bound proteins still spend some time in the solution, and therefore they continue to slowly move down the column with buffer flow. For example, if a given medium-bound protein spends 95% of the time adsorbed to the stationary phase, this protein will move down the column at 5% speed of the buffer and will emerge from the bottom of the column after 20 column volumes of buffer have been applied. Proteins bearing smaller electric charges move down the column faster then proteins bearing larger electric charges.

Elution with salt gradient. Addition of salt increases the number of ions competing with proteins for functional groups on the stationary phase. Proteins spend more time in the solution, the rate of their movement down the column increases dramatically, and proteins begin to elute from the column, usually in order of increasing charge. Most proteins are eluted at NaCl concentrations < 1M.

Elution by pH change. Change of pH in the column can be aimed to decrease the net absolute value of the charges of adsorbed proteins, decrease their attraction to the stationary phase, and accelerate the elution. In practice, pH changes in the column are difficult to control, as they do not reliably correspond to pH changes of the applied eluting buffer. This happens because of the buffering power of proteins adsorbed to the column and, for weak ion exchangers (see below), buffering power of the adsorbent functional groups themselves. Resolution of proteins by pH elution is achieved in a separate technique called “Chromatofocusing.”

Elution by affinity. Affinity elution can be achieved for a specific protein if and only if an oppositely charged ligand that will strongly bind to this protein is known and available. Addition of such a ligand to the eluting buffer will produce a protein+ligand species with a smaller absolute value of the net charge, and therefore the targeted protein will bind less to the stationary phase. Affinity elution is often useful in enzyme purifications.

Things to keep in mind

Before loading the protein mixture into the column, charged sites on proteins and ion exchanger functional groups are balanced by buffer counter-ions. When proteins adsorb to the ion exchangers, these buffer ions are released (a pulse of extra-buffer salts is formed): 1mg/ml of absorbed protein in general releases ~1mM of extra buffer salt. Therefore, while a part of the protein mixture is adsorbed, the remaining proteins in solution are exposed to an ionic strength increase (inhibits further adsorption), and pH changes (might cause protein damages).


To minimize the impact of ionic strength and pH changes during loading:

Donnan effect.At any time, the actual pH in the micro-environments of ion-exchangers can be up to 1 pH unit different from the pH of the applied buffer. Care should be taken that proteins of interest are stable at the actual “resulting” pH.

Complications. In an ideal case, proteins adsorb to the solid ion-exchanger exclusively by electrostatic forces at the expected pH. In non-ideal, real world cases:

An aqueous solution of any salt(s), including buffer salts, will have a certain value of ionic strength I. For a solution containing n types of ions numbered 1, 2,...n, charged z1, z2 … zn, at molar concentrations C1, C2,...Cn, the ionic strength I is defined as:

Let's look at an example of 0.4M MgCl2 in water. Magnesium chloride fully dissociates according to equation:

Thus, a 0.4M aqueous solution of MgCl2 will contain 0.4M Mg+2 ions and 0.8M of Cl- ions. The ionic strength of this solution is calculated as:

Nature and concentration of the buffer

Protein charge (both local and net), stability, and sometimes conformation are pH-dependent. As such, to avoid pH changes in column micro-environments, the charged form of the buffer should ideally have the same sign as the functional groups on the ion-exchanger.

These guidelines are summarized by the table below:

Please note that this information is a set of guidelines, and exceptions are possible. For example, phosphate buffer, H2PO4-1 = H+ + HPO4-2 (a type of HA-1 = H+ + A-2 buffer) has been used for anion exchange purification of enzymes due to those enzymes being stabilized best by said buffer.

pKa vs pKa0 of the buffer

The pKa of a buffer is commonly perceived as the pH of the said buffer when the concentrations of the two buffering species are equal, and where the maximum buffering capacity is achieved. However, it is often forgotten, that when defined as above, pKa depends on buffer concentration and temperature. To avoid this problem the concept of “thermodynamic” pKa0 was introduced. pKa0 is pKa of the buffer at infinite dilution (buffer concentration=0) and 25oC. Thus, pKa0 is a true constant specific for a given buffer.

Unfortunately, many tables of buffer pKas present mixed values of pKa and pKa0 without specifying any details.

The links below will transfer you to tables of buffers suitable for cation and anion exchange chromatography. For your convenience, these tables contain values of pKa0, d(pKa0)/dt at 298.25 K, and a calculator that allows you to estimate pKa values of each buffer at temperatures form 3oC (cold room) to 37oC, and concentrations from 1mM up to 500mM.

For a detailed explanation of pKa vs pKa0, and formulas used in the calculator, click on this link.

High mechanical stabilities can be achieved for synthetic polymers (higher solid densities, 50-80% water), however, all of them share a common disadvantage in protein purifications - relative hydrophobicity, increasing in order:

Styrene/divinylbenzene-based beads are not suitable for many protein purifications due to high non-specific binding and low recovery. While attempts had been made to cover styrenic beads with hydrophilic coatings, we did not include styrene/divinylbenzene-based materials (Source, POROS, etc.) in the lists of commercially available ion-exchangers (links at the end of this page), as we feel such materials are better suited for applications other than protein purifications. We also avoided silica-based beads because of their low stability under alkaline conditions.